Skip to content
You are here:Home/Tax/Mexico: “Reportable Schemes” law enters into force

Tax news relevant to Mexico. In a strategic position because of its proximity to the United States, and with a tremendously young population, Mexico is immersed in a process of modernising its regulatory and fiscal frameworks to respond to the challenges of the future. For this very reason, in February 2021 a new law came into force; called “Reportable Schemes”, where the Hacienda Pública Mexicana (SAT), obliges tax advisors to report any activity that benefits taxpayers tax rates. This paradigm follows the OECD’s recommendation that taxpayers are required to disclose any aggressive tax mechanism or planning, and is based on the G20 project on tax base erosion and the transfer of profits.

In the new tax code, a reportable scheme would be “anyone who generates or can generate, directly or indirectly, obtain a tax benefit in Mexico”. These can be generalized or customized to each specific taxpayer. The generalized refers to those that are marketed in bulk to all types of contributors as a group, although it requires a minimum adaptation to suit the circumstances. Custom benefits are defined as one that prepares to adapt to the specific circumstances of each particular taxpayer.

However, it is important to consider that, according to the communiqué issued by the Secretary of the Governorate and published in the Official Journal of the Federation on February 2 of this financial year, it considers exemptions, and that it does not apply this new law to personalized reportable schemes if the amount of the tax benefit obtained does not exceed 100 million pesos in Mexico.

There is also a waiver of submission to tax advisers who have a proof of release of obligation, which is issued by those who disclose reportable schemes in name and on behalf of other tax advisors. The same law classifies such a scheme as an agreement between individuals.

In addition, tax advisers are also required to issue evidence when it is considered that there is no reportable scheme, and this evidence should be made available to the taxpayer when the act is performed or when the scheme is delivered to the taxpayer for execution. Another variant is when there is some legal impediment to reporting a scheme. In this case the tax advisor is also obliged to issue a record indicating the situation.

The tax authority has the power to request additional information if the scheme has already been reported. The tax advisor and taxpayer would be required to provide such information within 30 working days of notification.

This law resembles the DAC6 adopted by the European Union, which also affects tax intermediaries and taxpayers, although involves reportable assumptions that may not be considered in European law. That is why it is important to raise awareness and analyse whether there could be a reportable tax risk for groups of companies operating in Mexico.

Auxadi can help with every stage of your cross-border operations.

Auxadi makes your life easier by becoming an overseas extension of your finance department. Our team of experts take care of the accounting, payroll, and tax requirements of our clients.

We serve more than 1,200 clients from many different sectors, and they access information on their international subsidiaries through our unique MultiCountry IT platform, customized to their specific needs.

With offices in 22 countries, a wide affiliate network, and clients in +50 jurisdictions, we use our Local Knowledge and International Coverage to make your life easier. 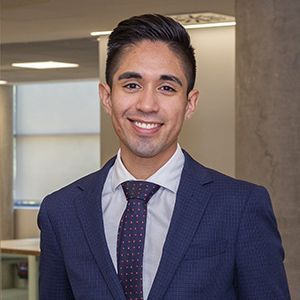