Skip to content
You are here:Home/Tax/Spain. Declarations in relation to foreign investment (D-4 Model), as well as Spanish investment abroad (D-8 Model)

The aforementioned Order, in its second final provision, empowers the General Directorate of International Trade and Investment to approve the models for the processing and declaration of foreign investments in Spain and Spanish investments abroad.

D-4 Model is necessary to submit to the Investment Registry the annual report on the development of foreign investment in Spanish companies.

Spanish companies in which non-residents have an interest are obliged to submit the Model D-4 in the cases listed below:

The Report shall be submitted within a maximum period of 9 months as from the closing of the financial year to which it refers. Therefore, next September 30th is the deadline for its submission to the Investment Registry in relation to the information of the year closed on December 31st, 2019.

This model requests, among others, the following information:

A photocopy of the Corporate Income Tax return or the Annual Accounts for the year corresponding to the data collected in the same shall be attached.

Annual report on the development of investment abroad

This D-8 Model is to be used to submit to the Investment Registry the Annual Report on the development of Spanish investment in foreign companies.

Resident investors will be obliged to present this Annual Report in cases where they make the following investments:

The Report will be presented in the first nine months of each calendar year. Therefore, next September 30th is the deadline for its submission to the Investment Registry.

In the D-8 Model, the following data, among others, will be requested:

It will be necessary to submit certain additional mandatory documentation that will accompany the D-8 Model, such as a copy of the annual accounts (balance sheet, profit and loss account and its annexes or complementary notes) for the corresponding financial year of the foreign company in which the investor has an interest and those in which the foreign company has an interest. Under no circumstances will a copy of the annual accounts of the reporting Spanish company be submitted.

Where and how D-4 and D-8 Models are submitted

They will be addressed to the Directorate General for Trade and Investment. Models D-4 and D-8 will be obtained, filled out, and submitted electronically, using the help program (AFORIX) available at the electronic headquarters of the Secretariat of State for Trade at https://sede.comercio.gob.es by accessing the option Procedures and electronic services-> Download help programs-> AFORIX Program for filling out Foreign Investment Forms. 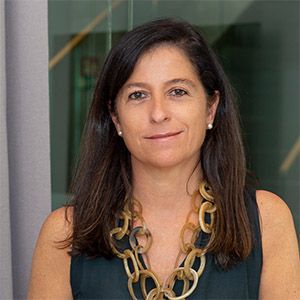