Skip to content
You are here:Home/Industry, Tax/Ecuador: tax updates and measures to boost new industries

The current situation has had a significant impact on Ecuador’s economy, which is based mainly on the oil industry, aquaculture and shrimp fishing, the export of commodities, the production and commercialization of food and inputs for production chains, and tourism. The volatility of oil prices has caused imbalances in exports and therefore the General State Budget has been significantly affected. In this line, in the middle of the worst recession that Latin America has ever faced, the National Government and the productive sector are in urgent need of diversifying the economy through the strengthening of new industries and new sources of income. Strategic alliances of different type, a strong boost to the logistics and tourism sector, significant changes in business and in the value chain by promoting the use of technology in order to adapt to new times, among others, are initiatives that drive the national economic environment.

The Government of Ecuador is betting strongly on the potential of the mining industry, which can attract many foreign investments due to the exuberant amount of mineral reserves available in the national territory. It is foreseen that by 2024, 5 large mining projects will enter into production (currently in a pre-operational stage). In the last 4 years, the mining sector has accounted for about 45% of FDI – Foreign Direct Investment in the country and according to forecasts from various quarters, it will generate a large number of direct and indirect jobs, therefore, this industry will be essential for the recovery of the Ecuadorian economy.

According to official data from Ecuador’s Internal Revenue Service, at the end of June 2020, figures showed that total tax collection reached US$6.029.9 million, representing a 16.83% reduction compared to the same period in 2019, when US$7.250.3 million was collected. In this regard, to mitigate the imbalance of the public finances, among other measures, the National Government decided through an Executive Decree to begin the process of “Early Collection of Income Tax, to be charged to fiscal year 2020”. The main aspects included in the referred Decree are the following:

Which taxpayers will have to calculate and pay in advance the income tax?

Individuals and companies, including permanent establishments of non-resident foreign companies, that meet the following requirements will be obliged to pay in advance the income tax charged to the 2020 fiscal year:

The value of the advance income tax to be paid for the financial year 2020 shall be calculated using the following formula:

(Where IT = Income Tax; AP = Accounting profit arising from the financial statements for the period from January to June 2020; RFIR20 = Income tax withholdings at source related to transactions carried out between January and June 2020, in respect of which the taxpayer is entitled to use them as a tax credit when settling the tax.)

The advance payment determined by the taxpayer shall constitute a tax credit for the payment of its income tax, and its use shall be subject to the provisions of the tax regulations.

Settlement and Payment – Must be made in full until August 14, 2020; or may be deferred in three equal installments as follows (this advance shall not be subject to payment facilities in addition to those described):

Who is exempt from paying income tax in advance?

The Coronavirus crisis is entailing significant challenges for all companies and in this context information is essential. In Auxadi we are experts in providing value added services in accounting, finance, tax compliance, payroll management and technology, being a strategic partner of your business. 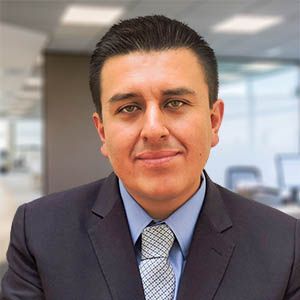